Class 4 children for 8 weeks have taken part in martial arts.

As part of our design technology; Class 4 and 5 have been designing and making their own mini tree houses. They have looked carefully into properties and design purposes of different materials. 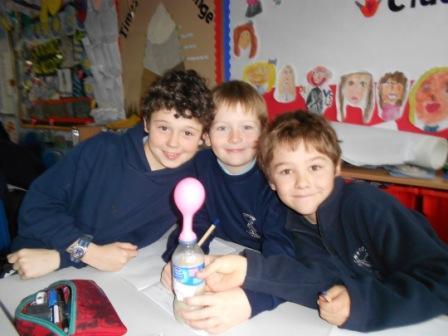 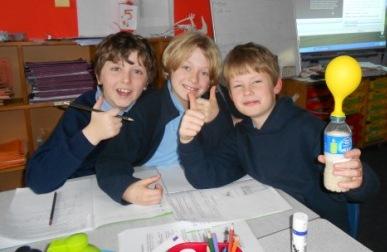 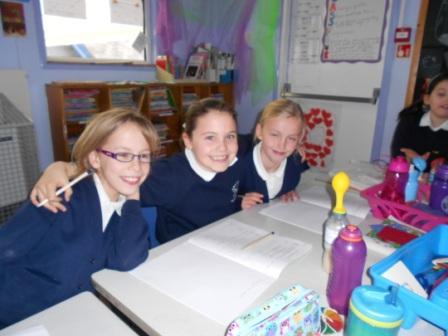 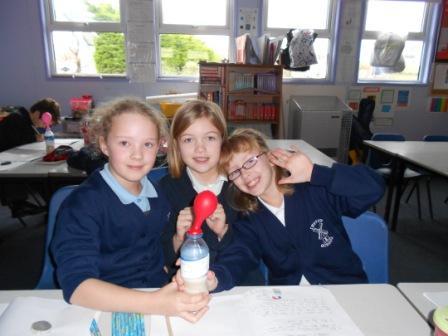 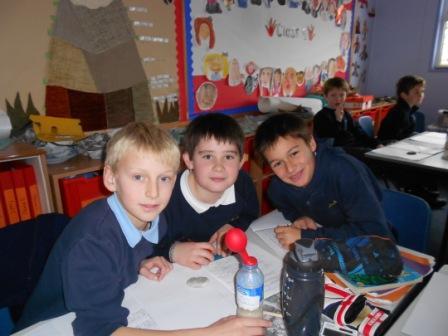 As part of our Science learning on Micro-organisms, Class 4 was set the challenge to investigate what happens to yeast. 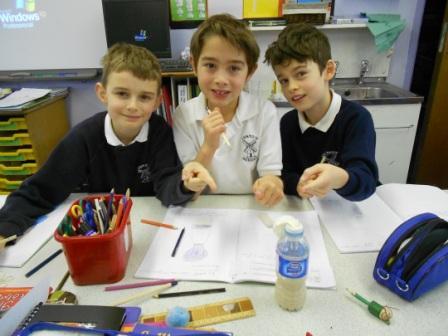 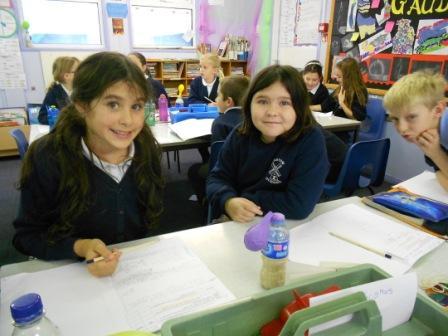 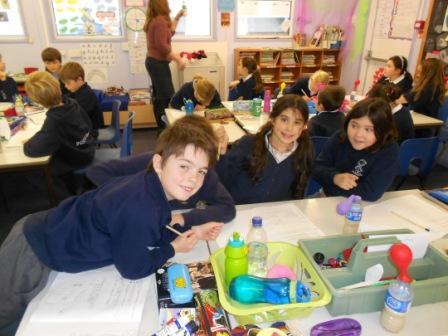 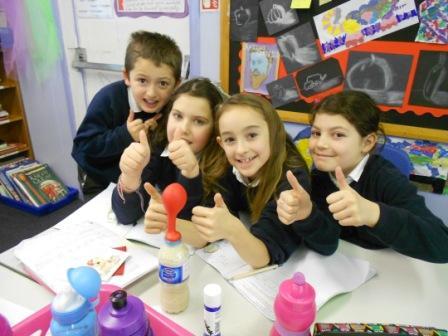 "I found out that yeast feeds on the sugar which makes bubbles of carbon dioxide. This makes the balloon rise." By Bethan

"Micro-organisms can be helpful and harmful. The yeast feeds on the sugar causing them to multiply. This makes small bubbles of carbon dioxide which makes the balloon blow up." By Ethan C

Class 4 and their giant pumpkin are helping to raise, with the help of the school council, money for a fun whole school activity.

The Year 5's in Class 4 found out about animal habitats at Paignton Zoo and overcame their fears at woodlands. 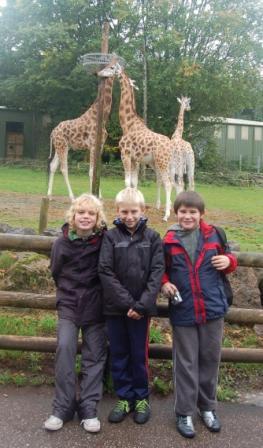 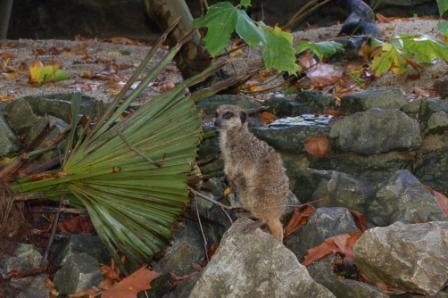 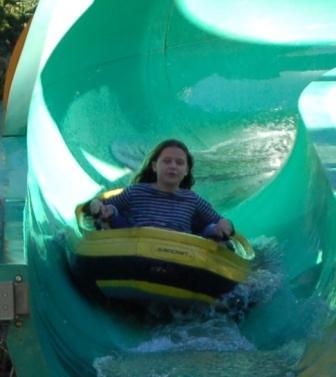 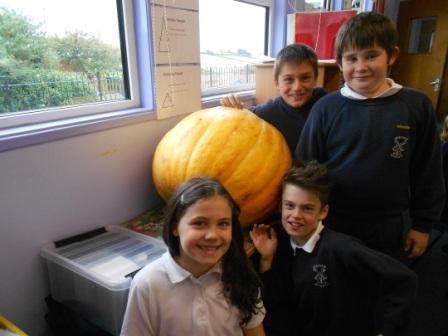 Class 4 have made their own Olympic Torches this term and took them along to wave when the Olympic Torch went through Bideford. 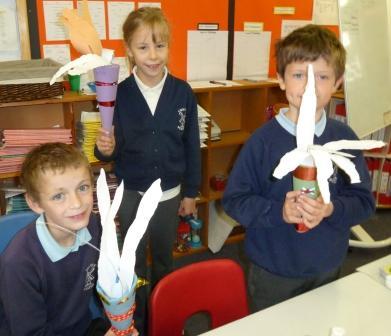 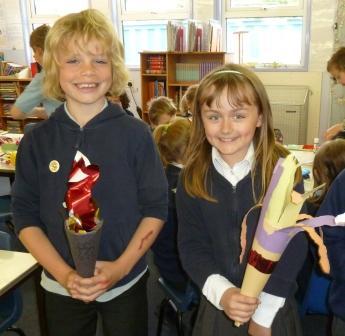 As part of Class 4's science and maths, they have been using their accurate measuring skills to investigate a balloons velocity. 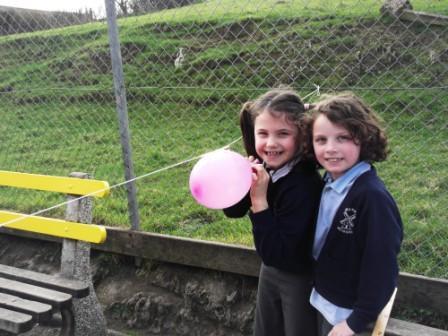 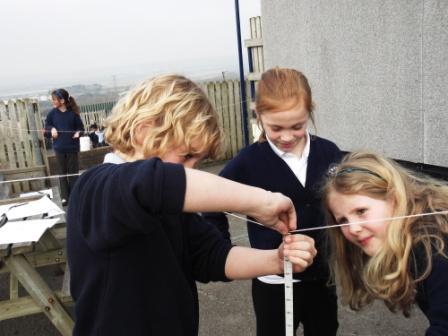 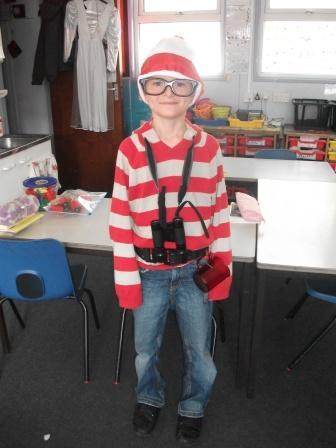 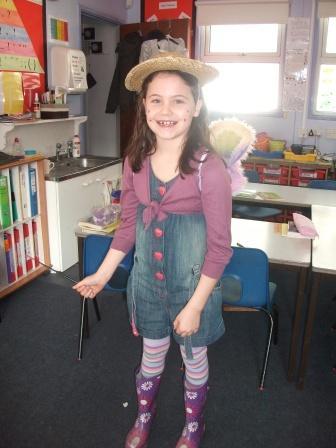 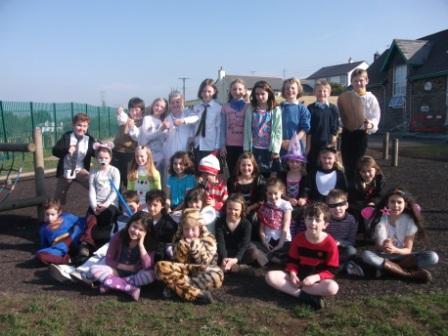 Class 3 and 4 had a fantastic time during their residential to Simonsbath. 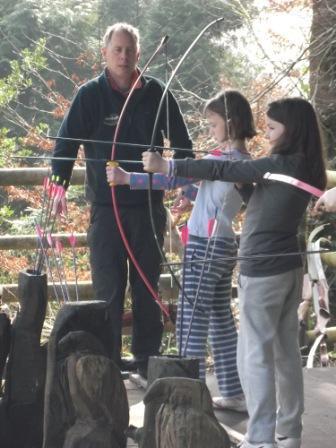 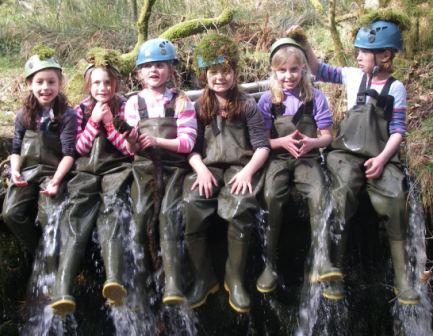 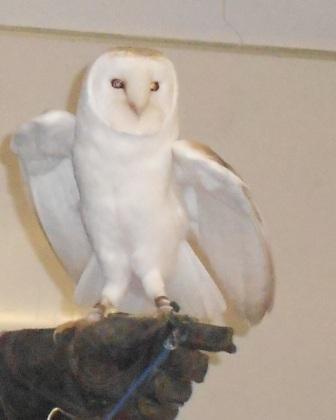 This term the children have been learning about Britain since 1950s.