Class 5 have been studying the local area and habitats, plant and growth. Some highlights of this term have included; dissecting daffodils, using liquorice allsorts for identification keys and making tree house models in DT.

On Monday 25th March they spent the afternoon at the beach making sculptures in the style of Andy Goldsworthy. As you can see from the pictures their creations were superb.

Class 5 also performed 'California Dreaming' at the recent BLC singing festival and joined with other Schools to make a recording of a 'Reef' Song. A fantastic learning opportunity.

In PE they are benefiting from Tag Rugby coaching with some Petroc Students and from coaching in Cricket from the English Cricket Board.

During our science lesson in Class we dissected daffodils. We found out the names of all of the different parts of the flower. 'I especially enjoyed using the small tweezers to get the pollen. We used magnifying glasses to study all of the individual parts more closely.'
Rory

'We had to dissect a daffodil. Inside the daffodil I found lots of tiny white eggs. The pollen was very powdery and difficult to handle. It was great fun.'
Frankie

On Friday 25th January we represented Instow in an Indoor athletics event at the Leisure Centre. 'We didn't come first but it was inspiring! Our favourite event was the running.'
Harriet and Kitty

Class 5's topic this term is famous people and this linked well with our Harvest when we looked at individuals such as Cadbury and Asa Candler (Coca Cola). We have also studied autobiographies and biographies of famous people such as Roald Dahl and Martin Luther King. In DT we have been designing and making some fantastic fairground rides with parts powered by motors. We went with Class 4 to the cinema as part of national film week. 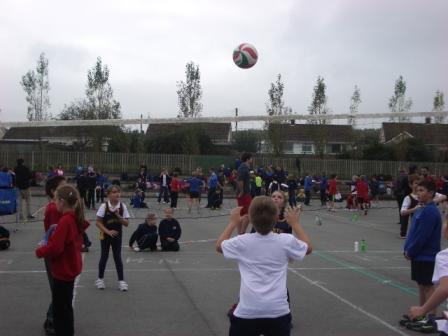 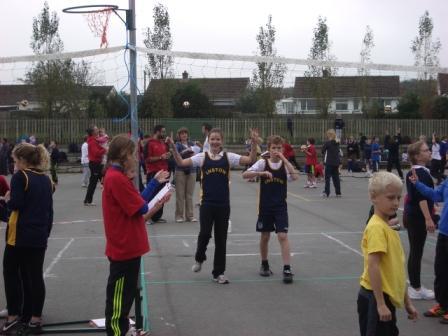 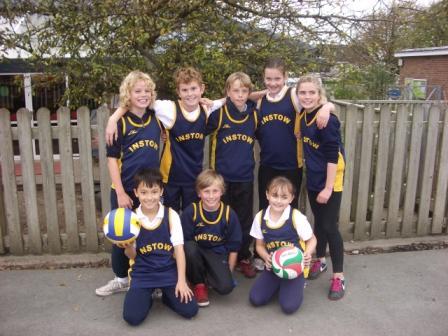 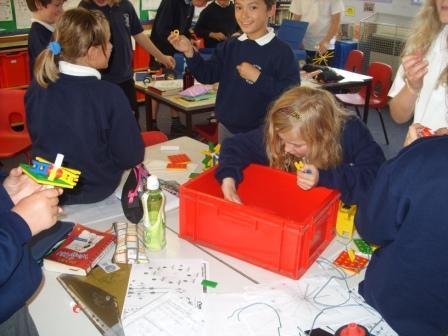 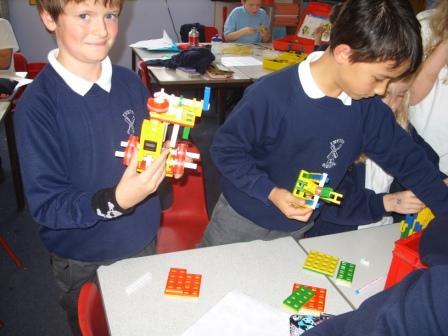 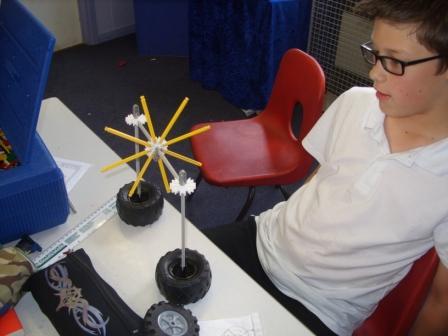 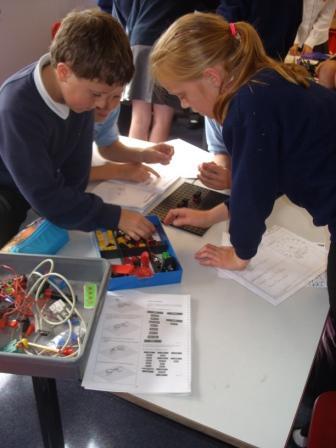 Well it has been a busy and fun filled half term in Class 5. We have celebrated both the Olympic Torch and the Queen's Jubilee as well as doing our SAT's tests! Local Councillor Frank Biederman came into school with his Olympic Torch and Mr Hudson came and gave us a very interesting talk about the History of the Olympic Games. Katie and Harry (the eldest and youngest children in the school) also buried our time capsule which we put lots of things inside about us and a moshi monster to show the craze of 2012! 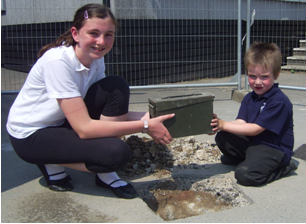 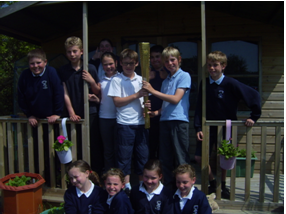 "It was fun learning about the police riots in the 1960s. Scott and I used photostory to learn about them." Eben Morrish

"Poppy and I used photostory to learn about fashion. It has changed a lot since the 1980s, they used to have very short skirts and mad hair!" Kitty Harvest

"I enjoyed looking at the art work of David Hockney." Katie Morgan

We have also been writing poems about our emotions.